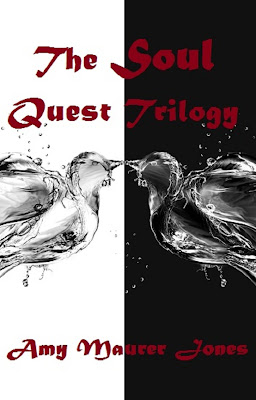 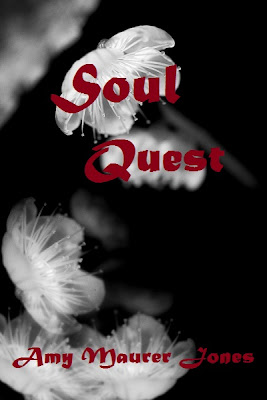 Do you remember how horrified you were about the idea of attending high school? I remember ticking off those last miserable days of my summer vacation following my eighth grade year. Maybe you don’t, maybe you were one of those people. You know who I’m talking about, people like Melissa Small, the distinguished District Attorney, Larry Small’s daughter. She’s popular, gorgeous and absolutely terrifying to someone like Liv Glyn. No, Liv is far from measuring up to the standards required to make Melissa’s crowd. She’s not even close. Liv is just a simple man’s daughter, mostly tolerated by her peers. If this isn’t depressing enough for you, stay tuned, it gets worse.

Liv was commanded with Spirit at birth by the Great Spirit, Hala. I know, it sounds crazy but it’s true. If you think it’s difficult to be a teenager, try being a teenager who was born destined to save the world from soul sucking Daevas and their mutant progeny Aengels. There are four of them. Liv’s companions of Spirit are Laith Lightfoot, Brayan Akin and Meena Sodden.

Getting back to Melissa Small, she is Laith’s step sister and is always meddling where she doesn’t belong, further complicating everything. To make matters even worse, Liv’s best friend, Jedd is apparently aware of things that are typically undetectable to ordinary humans. So, Liv is forced to deceive Jedd, the boy who has been her constant standby since the third grade, to shield him from the horrible and very dangerous truth. Did I mention that she is falling in love with him? The term awkward doesn’t even begin to cover it, trust me.

Welcome to the mess that is the life of a human Oracle. 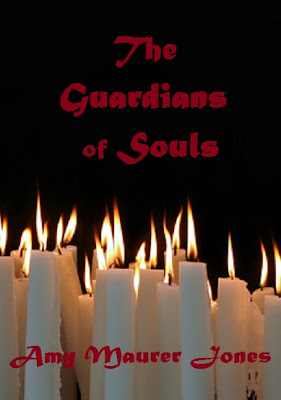 The Guardians of Souls – synopsis

Liv, Laith, Brayan and Meena are back with a mission and a militia for justice. The four human Oracles join forces with their spirit counter parts in Arcadia to form The Guardians of Souls. Shy has fled to Los Angeles to escape the consequences of Melissa and Jesse’s deaths and Hala, the Great Spirit, has reason to believe he is not alone. Neither the Spirits in Arcadia or the NYPD in New York City has turned up any trace of Shy since his disappearance after the tragic events played out on Valentine’s Day.


Liv and her companions of spirit find themselves torn between the human world and Arcadia once more. Their duty as human Oracles continuously interferes and threatens the stability and safety of their friendships and romantic lives.


Get ready for all hell to break loose as Liv and her friends set out on a quest to hunt down Shy and finish him for good. This time the Spirit World means business when they find Shy playing up to his usual tricks. The odds are against Shy this time around but this may not pan out to be such a lucky break for the human Oracles. Could it be that Shy isn’t their worst enemy after all?


Is Earth once again safe from the perils of Daevas and Aengels? Are Liv’s human friends safe or will they be baited and harmed again?


Only the Spirits know… 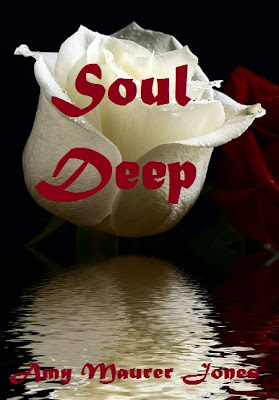 In the third and final installment of The Soul Quest Trilogy the Oracles head to the Scottish Highlands in pursuit of Lefu and Etheline. When they finally catch up with the fallen spirits they are unexpectedly met by another mysterious creature, but is this magical being evil?

The spirited teens find themselves faced with loss and betrayal in this epic adventure.

Who will Liv choose to be her soul mate? Will it be Beau or Jedd? Which boy will face a future empty of his greatest desire?

Brayan will be deceived by the one person he trusts the most? Will he ever forgive his betrayer, or himself?

Laith has already lost his sister to the Daevas. Will a complication cause him to lose Drue too?

Meena will find the weight of the world submerging her deep into waters of the Loch Ness. Will she rise against it?

Last but not least, will the Oracles finally rid the Earth of Daeva's and Aengels?

Afflictions of the soul wade deep. It's time to sink or swim. Tread carefully...


We were down to our last Aengel when Andre quickly halted Anastazja’s wrath on the possessed girl.

“You’re right.” Anastazja smiled as she sauntered up to the frightened Aengel. “Spill it, sweetie.” she commanded.

“I, I, I don’t know what you’re talking uh, uh, about.” the flustered girl stammered.

“Really, maybe this will jog your memory.”

Anastazja, pressed her finger tips into the exposed flesh on the girl’s arm. The Aengel howled a blood curdling scream. Anastazja removed her hand and the girl slumped over in exhaustion.

“Shall we try this again, dear?” Anastazja encouraged the Aengel by wiggling her fingers in front of her face.

“I can’t remember her name!” the Aengel was super quick to respond this time.

“Of course not… What can you remember?” she demanded.

“She was blond and beautiful. She told me that if I chose this life one day I could be as beautiful as her, maybe even more beautiful. I’m a fashion model, or I was…” the girl said glumly.

The girl began to weep.

“Are you sure you can’t remember her name?” I challenged.

“No, but I remember her boyfriend’s name. She was always talking about him. She was adamant that we never lead him on to our existence. I think she broke one of his rules by creating us. I’m not sure.” she puzzled.

“Well…” Anastazja’s eyes widened in anticipation. The girl blinked her eyes in confusion. “The name?” she sounded out carefully, as if she were speaking to a very inept person.

“Thanks. Ta – ta!” Instantly Anastazja’s fingers flexed around the girls arm and the Aengel went up in flames. “So, looks like Etheline has been keeping secrets from her lover. I bet he won’t like that at all.” she grinned.

“Agreed, it works far greater to our advantage to keep him in the dark.” Anastazja pondered the possibilities in her head as I suddenly realized we were several spirits short.

“Hey, where is Jedd?” I glanced around the wooded area. “…and Beau?” I glanced more frantically now. “…and Paul!” I raised my voice near panic.

Andre and Anastazja exchanged a wary look, but hesitated to say anything.

“What? Start talking now! Don’t do this to her!” Laith stepped up to the Oracles and demanded an explanation.

She returned her gaze to me before placing a comforting arm around my shoulder. I tensed.

“What happened?” I whispered.

“Jedd was injured badly. Beau and Paul carried him back to Arcadia in hopes that Hala might help him.” she finally divulged.

“I knew this would happen.” Meena ranted angrily.

Meena and Beau, especially, had been dead against the idea of Jedd joining our ranks. They had known it would be too dangerous for him.

“Shut up, Meena! This isn’t the time.” Laith flew into action. “Now that everything is under control here we’ve got to get back to Arcadia to make sure Jedd is OK.”

“Right. I’ll take you, Laith. Andre, you take Meena. Liv, come on, shape shift with me.” Brayan’s command jolted me out of my shocked stupor. “He’s gonna’ be alright. He’s gotta’ be.” Brayan fought back his own tears.

In seconds The Guardians of Souls were air born toward the Heavens and Arcadia.